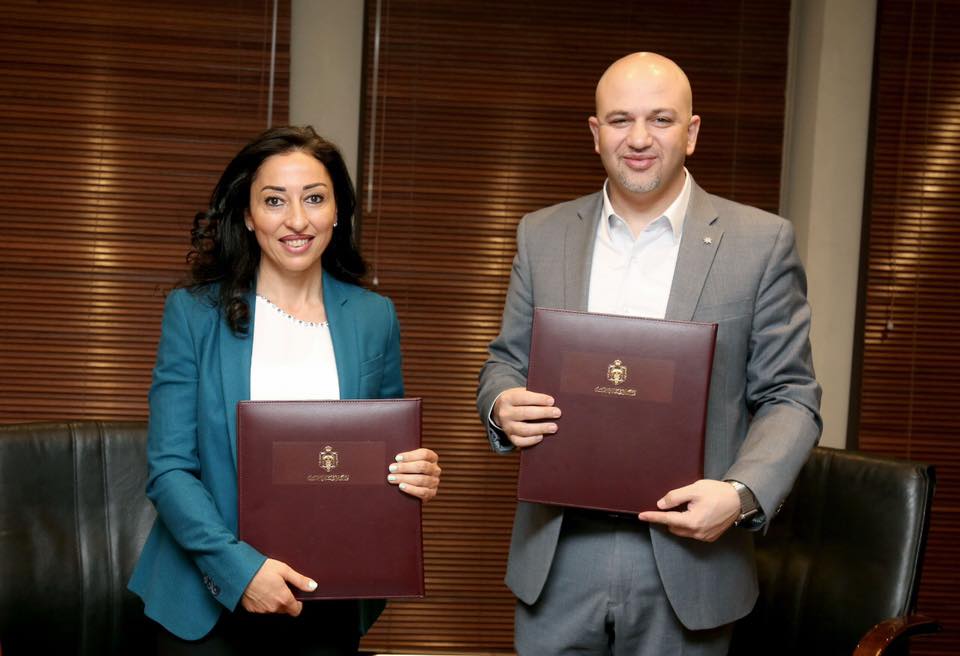 Amman, June 1 (Petra)- The Ministry of Digital Economy and Entrepreneurship and Rasheed (Transparency International-Jordan) on Saturday signed a memorandum of understanding (MoU) to support the implementation of the principles of open government data policy and to consolidate the concept of disclosure and transparency.

The MoU was signed by Minister of the Digital Economy and Entrepreneurship Muthanna Gharaybeh, and the Executive Director of Rasheed (Transparency International - Jordan) Abeer Madanat.

The move is a part of the cooperation and partnership between the government and civil society organizations in the field of transparency and integrity, and the right of citizens to obtain the information guaranteed by the law.

"We are living today in the era of speed, the fourth industrial revolution, open, and huge data," Gharaybeh said during the signing ceremony, adding Jordan has established the principles of transparency and integrity through the laws and legislation in force, especially the Right to Information Act.

The government has adopted the policy of open government data, which is consistent with the law of the right of access to information, the minister pointed out.

Signing the MoU aims to consolidate the exchange of international expertise on governments and transparency, adding Rasheed (Transparency International-Jordan) is a member of the Joint Committee for Open Government Data and as representatives of civil society institutions involved in the implementation of Commitment 2 of the fourth national plan of the transparent government partnership initiative 2018-2020.