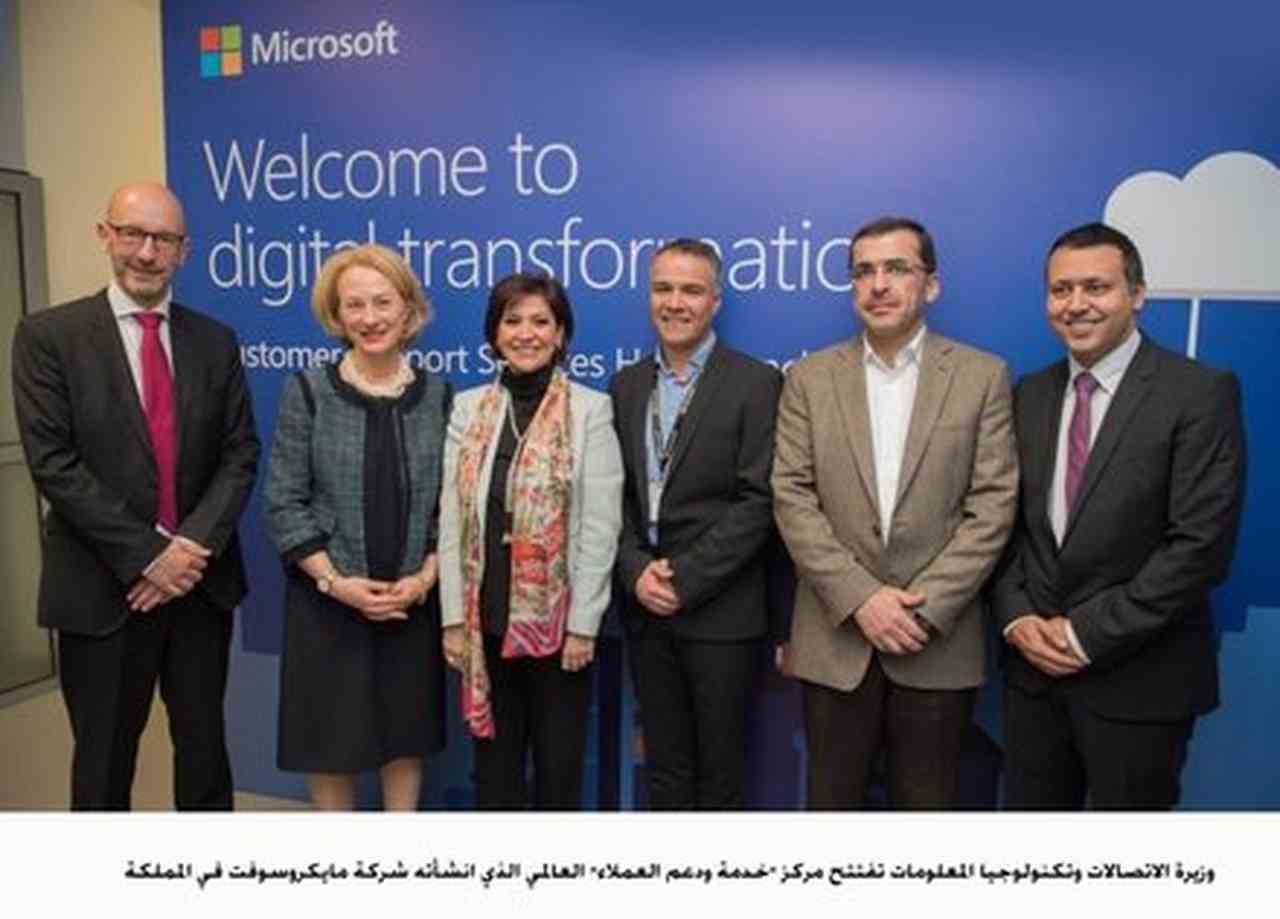 Amman, Jan. 28 (Petra)-- Marking a significant milestone for the Jordanian technology sector, Microsoft has established a global Customer Service and Support (CSS) Hub in the Kingdom, from which local engineers and ICT professionals will serve corporate customers worldwide.

One of only four similar Microsoft facilities in the Europe, Middle East and Africa (EMEA) region, the CSS Hub was officially launched under the patronage of Minister of Information and Communications Technology (ICT) and Public Sector Development, Majd Shweikeh, and in the attendance of U.S. Ambassador to Jordan Alice Wells.

The CSS Hub is Microsoft’s second global setup in Jordan, in addition to the Enterprise Services Hub, from which local Microsoft Jordan engineers are dispatched to countries across EMEA.

Both hubs are home to diverse teams of Jordanian men and women, including fresh university graduates from scientific, ICT and engineering backgrounds. Many of their team members are also fluent in languages such as German, Turkish, Spanish and Russian, enhancing their capacity to serve global customers.

"Jordan believes in the importance of the ICT sector as a key driver of the entire economy. As we continue to implement our strategy to transition Jordan into a digital economy, we look forward to partnering with the private sector to apply some of the technological developments witnessed around the world, such as the Internet of Things, big data and smart cities," said Shweikeh.

"Through steady partnerships between the public and private sectors, we aim to support and stimulate investment in order to transform Jordan into a regional center for ICT. The establishment of such hubs in Jordan emphasizes the Kingdom’s attractiveness as a catalyst for investment, as well as its potential to become a regional or even global leader in the telecommunications and technology sectors," she added.

In turn, Microsoft Jordan Country Manager, Hussein Malhas, said, "Microsoft is proud to be providing real employment opportunities to young local talent as well as up-skilling the next generation to become tomorrow’s industry leaders. The CSS Hub is the second global entity to be established by Microsoft in Jordan after the success of the Enterprise Services hub, demonstrating the multinational company’s confidence in the Kingdom. With further governmental support, this Hub, which currently employs around 35 people, has the potential to provide hundreds of local software experts with quality, world-class jobs. We look forward to continuing to witness the positive impact of Microsoft’s strategic partnership with the government of Jordan, on the ICT sector and beyond."