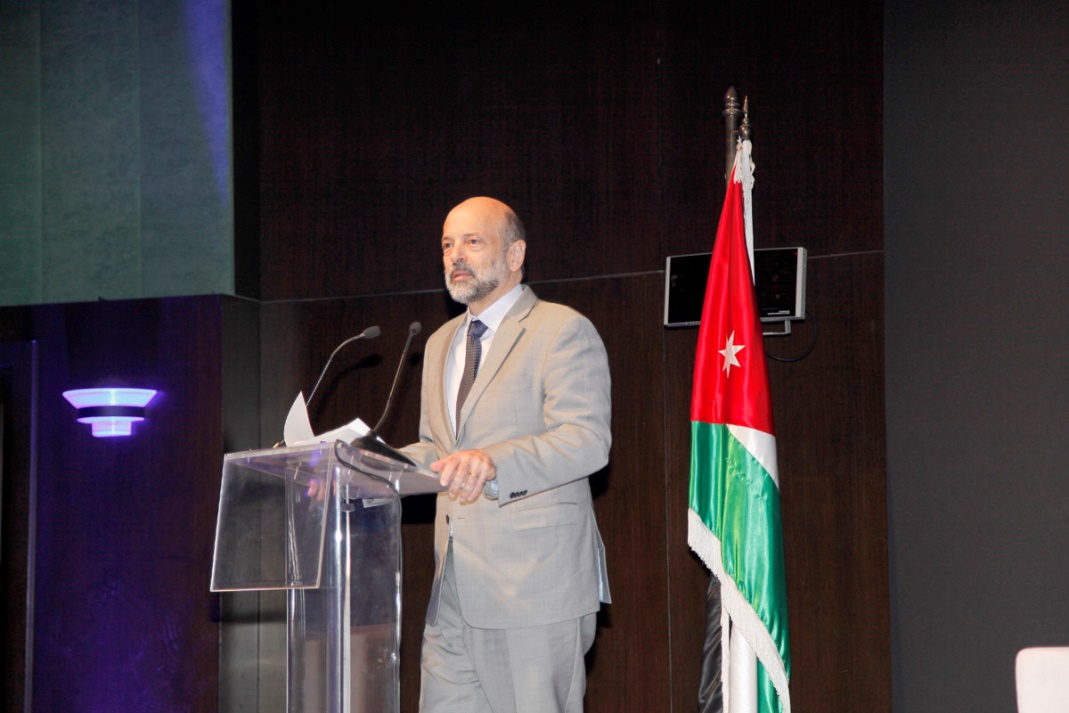 The two-day forum will see participation of partners representing governments and the private sector from Jordan, Lebanon and Iraq, as well as CEOs from international and regional businesses and investors.

Digital transformation is a unique opportunity to help the Mashreq economies address many of the social and economic challenges to achieving sustainable economic growth through the digital economy, which constitutes the present and future of global economic activity for its impact on productivity, efficiency, improved governance and transparency.

Addressing the participants, Razzaz said Jordan is proud to host the first digital forum for the Mashreq region and put it on the right track, underlining that the region and Jordan in particular have the added advantage in the transition to the fourth industrial revolution based on human resources, innovation and talent without the need to rely on natural resources.

In the last decade, he noted Jordan has become a pioneer in digital transformation, and we look forward to investing in pioneering talents, adding the government has established 90 communication and leadership centers in all regions of the Kingdom to embrace the pioneers and develop their skills and look forward to investments in this field.

Recalling the King's vision 12 years ago to build model schools, the premier said the King Abdullah II Schools of Excellence are equipped with robot laboratories that were "new and innovative."

Razzaz praised the potential of these government schools' laboratories to compete and win prizes at both Arab and international levels.

He underlined the government's duty and its responsibility to promote digitization, adding this sector, emanating from an equity standpoint, should be available to all.

"We have a positive attitude in Jordan, as its contribution to Arab content on the Internet is the best in the world, " Razzaz pointed out.

For his part, Vice President of the World Bank Group for the Middle East and North Africa, Farid Belhadj ,said during the opening session of the forum that the bank wants to create 500 thousand jobs in the coming years in cooperation with the governments of the region's countries, pointing to the importance of the private sector's role as a vector for digital development.

The young people in the region are open to the world, but education and culture should be linked to the labor market, and the jobs system needs to be linked to this transformation, the WB official pointed out.

"Maybe today's jobs may not be needed tomorrow," he said.

The state's role in supporting youth and leadership lies in "activating laws to invest youth energy in the right field," Belhadj noted, adding: "Youth is moving fast and we have to increase energy instead of discouraging young people".

Belhadj affirmed the Middle East and North Africa have this "wonderful opportunity," adding the forum will be held next year in Lebanon and perhaps then in Iraq to display forum's efforts to bring about the desired positive change.