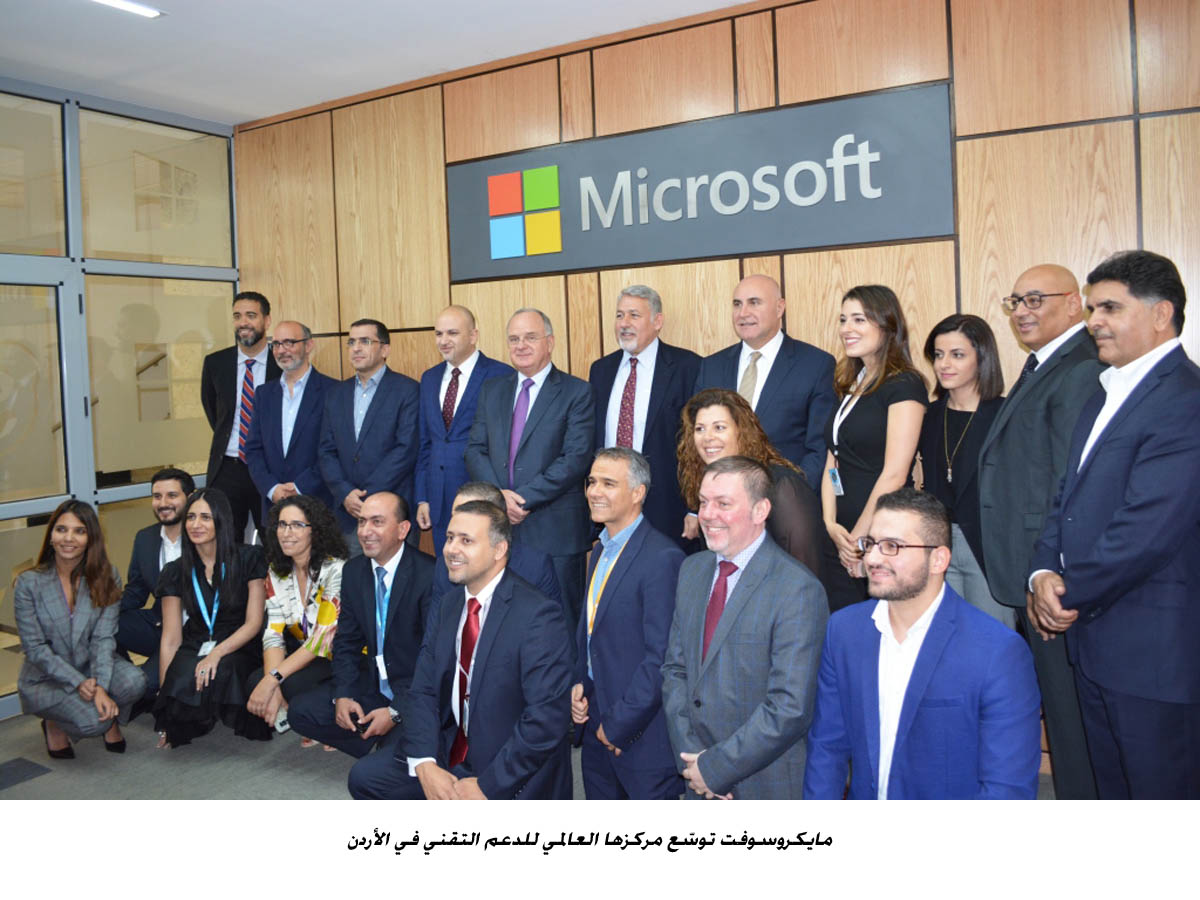 Amman, Oct. 3 9Petra)- Software giant Microsoft celebrated the expansion of its global Customer Service and Support (CSS) Hub
in Amman on Wednesday.
During the ceremony, which was attended by Minister of Communications and Information Technology, Muthanna Gharaybeh, State Minister for Investment, Muhannad Shehadeh, Minister of Labor, Samir Murad, the Charge’ d’Affaires at the US Embassy in Amman, Paul Malik, and top Microsoft directors, Microsoft Jordan Country Manager Hussein Malhas said: "Expansion of Microsoft Jordan Customer Service and Support (CSS) Hub is a testament to the success we have achieved since its inception last year."
Malhas said Jordan is "a country rich with educated, creative and enthusiastic young people to prove themselves, and now more than ever before is the time to invest in human capital and strengthen the ICT sector in the Kingdom. By the end of 2018, Microsoft Jordan is pursuing to employ about 200, as investing in Jordanian talent is an investment in our future".
The Customer Service and Support (CSS) Hub, one of four similar Microsoft centers in Europe, the Middle East and Africa, was first launched in January 2017 at Microsoft Jordan in King Hussein Business Park to provide advanced technical support for the most complex technical problems for Microsoft to serve its customers in Europe, the Middle East and Africa.