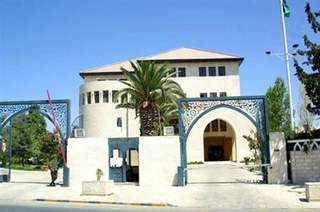 The cabinet on Wednesday decided to exempt buyers via e-commerce from using Jordan Customs Department's digital platform.
The decision aims to facilitate and streamline procedures for citizens, as express shipping companies would provide the department with the necessary data instead of buyers.
Minister of Digital Economy and Entrepreneurship Muthanna Gharaibeh explained that the decision was reached today after a meeting attended by the Minister of Finance, the Customs Director General, representatives of the express shipping companies and the Jordan Entrepreneurship & Innovation Association.
Gharaibeh said the government welcomed proposals of the association and shipping companies, following the government's approval of e-commerce regulation measures, which included the establishment of a customs digital platform to regulate trade packages.
An agreement was reached whereby express shipping companies, in cooperation with the Customs Department, will directly organize the shipment of e-commerce packages as previously in place, facilitating the mechanism of receiving packages, Gharaibeh added.