MoDEE launches its new visual identity in a press conference 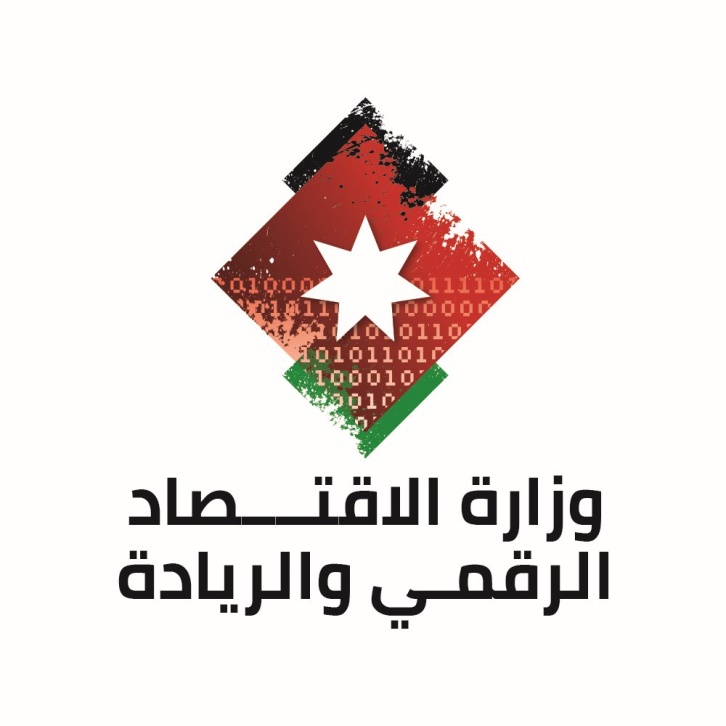 Mothanna Gharaibeh the Minister of Economy and Entrepreneurship announced in a press conference today the launching of the ministry’s new logo and visual identity; following the change in the ministry’s name which was previously called “Ministry of Information and Communications Technology.”
Ghraibeh pointed out that the new logo was inspired by the colours of the Jordanian flag, and the shapes that form it were inspired by the city of Petra, one of the 7 wonders of the world.
He also added that the story behind it isis the story of the first entropenours that built this land, how they baked the first loaf of bread in the history of mankind and used the first currency.
Therefore, making them an inspiration for all Jordanians.

Ghraibeh then thanked Hind Khlaifat the CEO of AloCloud for conceptualizing and designing the new visual identity, which Khlaifat responded to by stating that “ Our belief in the importance of the partnership between public and private sector, inspired us to work on this project, because it’s associated with a ministry that has a vital role in the next step towards a modern Jordan.”