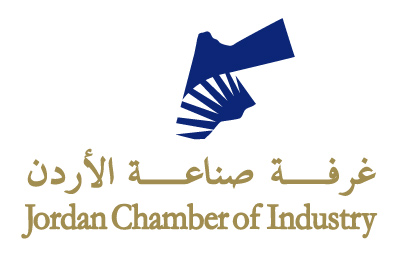 The Jordan Chamber of Industry (JCI), founded under the Chambers of Industry Law no. 10 for the year 2005. JCI is characterized as being a corporate entity financially and administratively independent, with the aim of:

·          Participating in formulation the general policy for industry and in setting up the strategy and the plans required for executing the same.

·            Participating in effecting the growth and development of the National Industry.

·            Looking after the interests of all Industrial and Micro Enterprises.

·            Seeking to foster the capabilities of the chambers of industry and coordinate their efforts.

The central strategic objective of the Jordan Chamber of Industry is to increase the competitiveness of the Jordanian industry sector on four working levels; these levels include:

·            The level of national economic and legislative environment, and

The Jordan Chamber of Industry (JCI) Board is composed of eighteen members, were elected on September 24th 2005, for a four-year term. The nineteenth member is elected  by the elected board to  represent the interests of Micro-Enterprises. The Chairman and the Board are responsible for general policy formulation and for drawing up programs and plans of action for implementation.

The General Assembly of the Chamber constitute of the industrial enterprises subscribed to the local chambers of Industry.

The Chamber is represented on national and international various forums, groups, and organizations; JCI also works closely with the Government of Jordan and other business associations. As a statutory body the chamber must be consulted by the government on any policies, laws, draft laws, regulations, strategies and programs that might affect national industry.

Powerful and influential entity in the Jordanian industry.

To be a model of excellence and cooperation in the provision of services and efforts to create a leading industrial sector, sophisticated and attractive for investment.

Contribute to the development of the national industrial process through participation in the formulation of the industry's public policy and take care of the interests of industrial and craft enterprises besides the promotion of cooperation between the industrial chambers and the unions and chambers of Arab and foreign industry. Furthermore, the technological component of industry as a means for improving comparative and competitive advantages is paid special attention so as to increase the added-value of Jordanian industrial products, as well as the development of product designs and the capabilities of Jordanian producers.

Industry is a main contributor to 's economy, accounting for 22.5% of Gross Domestic Product (GDP) in 2005, about 90% of national exports and employing 15% of the country's labor force.

The manufacturing sector has a wide range of activities. The national classification of industrial sectors has been determined by a decree issued by the Jordan Cabinet on August 13, 2005 to cover all industrial enterprises operating in one activity or more of industry. Thus, the industrial activities are grouped according to the following ten sectors.

Additionally, in order to obtain a comprehensive representation of the enterprises working in industry, the Micro-enterprises are considered as the eleventh sector.