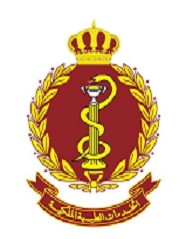 The procession of the Royal Medical Services started and developed in different phases:

1.      The main phase from 1941-1962, during which medical services were limited to providing medical attention and prevention health to memebers of the armed forces:

·            After the war of 1948. It emerged that there should be a hospital that goes with the needs of the Armed Forces, so some of the barraks were used in Marka-Amman for this purpose..

·            Then they established two departments for surgery and internal medicine, also surgical operation room and X-Ray machine. This was the nucleus of the main Military hospital

·            In October 1961, the main medical stores were built to support and supply all units of Royal Medical Services, with medicines and medical tools.

·            In 1962, Princess Muna college for Nursing was established which super raised by British nurses to train and prepare nurses in different medical fields, started with 12 cadets ,1200 nurses were graduated until the year of 1998, the college was officially joined to Mutah university, military wing in 1998-1999 to grant the Bachelor degree in nursing .

2.      Expansion and National role through the period (1963 – 1982). This phase    witnessed more expansion including hospitals, medical centers in all advanced   medical special stations

·             In March, the 27th 1966 the first hospital was built near Ramallah (West Bank), which later was moved to Irbid after the war of 1967 and settled there in a hired apartment which nowadays called (Mabarrat UM Al-Hussein). Then they moved it to (Edon town) as (Prince Rashed Bin Al-Hassan Hospital).

3.      The National established phase through (1982-1987) .This phase witnessed a great expansion with sub- medical specializations which appeared through the national roles. As a result of this, Royal Medical Service has been confessed as the main center for technician training residency and sub specialty programs:

·            On the first of December 1987, the Institute of Bio-Medical Technology was established for training and graduating bio medical technicians to seal the shortage as a mutual cooperation in Royal Medical Services and Ministry of health.

4.      The Modern phase (regional charming and national role 1990) till now this phase include new things such as new medical application were added to show more development in all medical fields and subspecialty also the medical mission inside or outside Jordan to help people all over the world who are in need.