Ministry of Energy and Mineral Resources 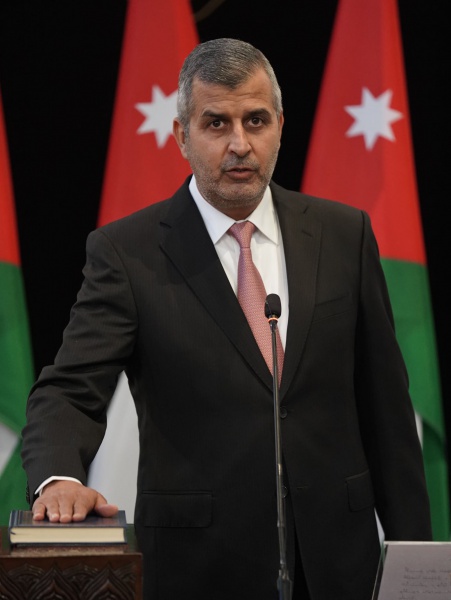 Hala Zawati is currently the Minister of Energy and Mineral Resources in Jordan; she has thirty years of diversified experience at the regional level in several sectors including Public policy, energy, water, environment, information and communications technology and tourism. She began her career as Communications Engineer then served as an independent consultant with several international organizations including USAID, JICA, UNDP, EU GIZ and others.
Mrs. Hala was formerly the CEO of the Jordan Strategy Forum (JSF); a non-for-profit organization, which represents a group of Jordanian private sector companies that are proactively engaged in promoting Jordan’s economic growth.
She is also a well-known advocate and expert in the Jordanian renewable energy sector. As a founding member and Ex-CEO of EDAMA Association; she has lead extensive campaigns and worked diligently to introduce and implement renewable energy (wind, solar, and solid waste) laws and regulations in Jordan. She also set the stage for several renewable energy projects under the King Abdullah fund for development (KAFD) when she served as the Fund’s renewable energy consultant.
Mrs. Zawati also served as the renewable energy advisor for Umniah Telecommunications Company, Ahli Bank, Bank of Jordan and energy adviser for “Mubadarah”; a Party at the Jordanian Parliament in Jordan.
Mrs. Zawati is an Entrepreneur, she is the founder and Managing Partner of easyinfo, a Jordanian based company founded in 2004, easyinfo is the first content development company in the region that is specialized in developing content for cultural and tourist sites.
Mrs. Zawati launched a voluntary initiative “WeRonline2”, which aimed at “Bridging the Digital Gap” by Training of senior citizens (ages 65 and above) to use computers and online social networking tools.
Mrs. Zawati holds a BSc. in Electrical Engineering from Jordan University (1987), a mini MBA from Instituto de Empressa in Spain (2007), she attended several advanced management and leadership courses from Harvard, Duke and Thunderbird Universities. Mrs. Zawati is a founding member of EDAMA association, a member of the board of trustees of Elia Nuqul Foundation, a board member of Amman Stock exchange, a board member of the Giving Society and the Jordanian women Nahda society. An Eisenhower Fellow, she is also the First RealBizÒ analyst in the region (First Arab analyst).

The Ministry of Energy and Mineral Resources was established in 1984 and entrusted with administering and organizing the energy sector in a way that achieves the national objectives. In light of the restructuring process of the energy sector, the responsibilities of the Ministry were amended to include the comprehensive planning process of the sector, and setting the general plans and ensuring their implementation in a way that achieves the general objectives of the energy sector, the most important of which is providing energy, in its various forms, for the development process, organizing its affairs, exchanging electric power with neighboring countries, and attracting international capital for investment in this field, especially the generation of electric power, the production of oil derivatives, transportation of oil and gas, and utilizing local energy sources.

The achievement of a secure sustainable supply of energy and an optimal utilization of natural resources.

Setting and developing the appropriate policies and legislations to achieve a secure sustainable supply of energy and the optimum utilization of natural resources complies with international best practices.

2. Knowledge Dissemination and Use

1. Consolidate and strengthen strategic thinking and governance practices
2. To maintain the security of supply of oil derivatives
3. Maintaining the security of supplying electricity
4- Increasing the contribution of natural gas in the total energy mixture
5. Increasing the contribution of renewable energy to the total energy mix
6 - exploitation of oil shale to produce oil and generate electricity
7. Developing local sources of oil and natural gas
8. Rationalize energy consumption and improve efficiency in all sectors
9. Increase investment in the mining sector
10. Monitoring and analysis of seismic information
11 - The latest standards and standards for laboratory analysis of soil, rock and water
12. Strengthening relations and international cooperation
13. Achieving efficient financial performance
14. Improving the efficiency of institutional performance
15. Human resource development and capacity-building