Ministry of Political and Parliamentary Affairs 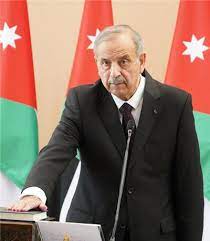 In realization of the royal vision of His Majesty King Abdullah II Bin Al Hussein to develop political life in Jordan on the basis of developing Jordan politically while consolidating it as a modern society that undertakes development, openness and tolerance based on justice and rights leading to the achievement of social equality, democracy and stability, thus complementing comprehensive development, the Ministry of Political Development and Parliamentary Affairs was established. The Ministry is based on the concept that the Jordanian political system is a system of consensus that stems from the Jordanian reality with the aim of realizing more dignity for Jordanians, and is meant to establish Jordan as a modern model of the democratic Arab Islamic state that is dependent on tolerance, modernity and freedom of thought and creativity, stressing the following basics:

·            Respect of basic human rights and the achievement of justice and equality under the supremacy of law and political plurality.

·            Involving society in the political development process, with a focus on the women and youth elements.

·            Enriching the culture of democracy on the basis of the principle of dialogue and respect of opinions and counter-opinions.

·            Enhancing the status of the legislative power (the Parliament) by providing an effective environment from which a wide popular representation emerges, to assume its role in legislation, law enactment and supervision of the executive power as best as possible.

·            Creating a new national Jordanian state that is in harmony with the Jordanian reality of nation and people as a civilized model of the democratic Arab Islamic state that is based on tolerance, modernity and freedom of thought and creativity.

The Ministry of Political Development and Parliamentary Affairs

The Ministry of Political Development and Parliamentary Affairs aims to implement the tasks assigned to it through deepening democratic understanding for all the components of the Jordanian political spectrum, starting with the silent majority, through issues related to women and youth, and ending with various civil society institutions and organizations, by activating participation in making the political decision in democratic ways and means, to establish awareness of carrying the national and popular burden for all social strata, with the aim of building a new Jordanian political state as a civilized model of the contemporary Arab Islamic state.

This Ministry aims at effecting the political and parliamentary development that supports ’s internal and external march in various areas and enhancing the democratic march by adopting the strategy and work plan set by the government, which interprets the royal vision of political development through the following tasks:

The Ministry’s Duties and Tasks

This Ministry has been assigned the tasks and duties that comply with the political and parliamentarian development policy as one of the tools utilized by the executive power in implementing the government programs. These are:

1.        Tasks and duties related to the affairs of the Parliament in both its branches (the Upper House and the Lower House).

2.        Tasks and duties that aim at achieving political development:

·            Sound and directed planning in the field of political development (civil society institutions and organizations).

·            Follow-up and evaluation of all political, parliamentarian and partisan affairs on the Jordanian front through targeted studies and publishing periodic reports.

·            Interaction and communication with all civil society organizations and institutions to enhance the democratic and developmental march in through targeted dialogue.

·            Contribution to the process of societal awareness of and education in the basic and constitutional rights of citizens, and the elimination of fears among members of the social groups from participating in party work.

·            Enhancing the participation of civil society organizations and institutions and the silent majority in the national decision-making process by deepening democratic practices and participating in all forms of elections.

·            Encouraging individuals to join parties in order to practice their political role and distinguish between the role and the duties of parties and other civil society institutions.

·            Pressing towards building intellectually multi-dimensional parties and a wide popular base capable of contributing to political life.

This Ministry will create political development through government programs based on the national strategy for development from a number of axes:

o           Institutionalizing the participation of parties in drafting the political decision.

o           Encouraging parties to create an outstanding Jordanian state for partisan action, based on bringing parties that are harmonious in their objectives together and encouraging them to merge voluntarily.

Financial support of political parties that fulfill conditions like:

o           Encouraging parliamentary groups and groupings to get involved in political and parliamentarian trends.

Approving a new Municipal Election Law based on

Modernizing a group of laws related to:

The government will present a comprehensive strategy and a work plan in this area within the framework of a specific program, and set the mechanisms and tools that lead to a comprehensive national dialogue that guarantees the success of this national Jordanian awakening project.