Ministry of Tourism and Antiquities 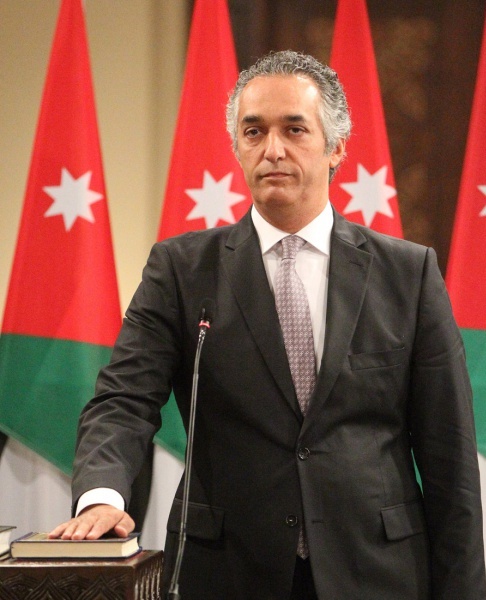 History of the Ministry

The first Bureau to undertake the supervision of tourist affairs in the Kingdom was set up in 1953 in , the spiritual and tourism capital of . The office was managed by a limited number of staff whose main responsibility then was to provide services to pilgrims visiting .

In mid 1953, as a result of the increasing number of tourists and pilgrims visiting the holy city, the Bureau was upgraded to a department, which reported directly to the Prime Minister. The law then stipulated that the Prime Minister or someone appointed by him would undertake to supervise this department's affairs.

In September 1953 the Department Headquarters was moved to and a small affiliate office remained in . The Department continued to be independent and to report directly to the Prime Minister.

In 1956 the Government realized the need to ensure tourist services and facilities at border points. The first Rest House was thus constructed at Ramtha Border Point with assistance from the International Development Agency.

With a view to developing the performance of the tourism administrative apparatus, sought the assistance of an international expert who would evaluate work in this field and ways to develop it.

In 1960 the Department of Tourism was transformed into an authority, which was administratively and financially independent working under the umbrella of the Ministry of National Economy.

In the same year, tourism legislation was issued for the first time with the aim of organizing the work of the public apparatus. Hence Law No. 17 of 1960 was issued, stipulating that a tourism authority council be formed under the Chairmanship of the Prime Minister or his Deputy and the membership of the following officials: Director of National Guidance, Undersecretary of the Ministry of Economy, Director of Antiquities, and Director of Tourism.

The law also stipulated that a Consultative Council for the authority be formed, to be headed by the authority's Chairman and to include the membership of representatives from hotels, tourism agencies, airline companies and chambers of commerce.

In 1964 the tourism authority became a department of the Ministry of tourism but its administrative status as an authority was maintained.

In 1965 the Tourism Law No. 45 of 1975 was issued in order to avoid changes in the previous law, and to ensure that all its clauses are implemented. The new law also aimed to enhance the participation of the private sector in the authority council and its policies. Furthermore, the law granted further responsibilities to the Authority Director and increased the budget of the authority to reach 20% of the annual revenue from tourism.

In 1967 a Royal Decree was issued whereby the tourism authority was upgraded to ministry level, to also include, under its umbrella, the Department of Antiquities. The tourism portfolio was given to a minister who became a cabinet member in the government, which was formed at the time.

In the same year and in the aftermath of the war, it was part of a policy to shrink the number of ministries. Tourism was once again an independent authority under the umbrella of the Ministry of Information and later the Ministry of Economy, Industry and Trade.

In 1982 Tourism became part of the Ministry of Industry and Trade.

In 1985 Tourism became part of the Ministry of Information, Culture and Tourism.

In 1988 Tourism was given a separate portfolio under the name of the Ministry of Tourism. In the same year the Tourism Law No 20 of 1988 was approved.

In 1988 the Antiquities Law No 21 of 1988 was issued ensuring that Antiquities existed under the umbrella of the Tourism Ministry.

“The Tourism we seek”

Activating the role of the tourism industry to highlight Jordan’s attractions and to distinguish Jordan as a unique tourism destination, and in appreciation of the role of tourism to national income by generating foreign exchange earnings, and, in recognition of the important role of the private sector in investment and development, this Ministry will work towards developing tourism in a comprehensive and integrated approach to express the nation’s legacy, culture, history, heritage, inheritance, successive civilizations and economic prosperity as well as enhancing the noble human values based on peace and mutual respect among nations.

The strategy is based on the principles of three P’s: