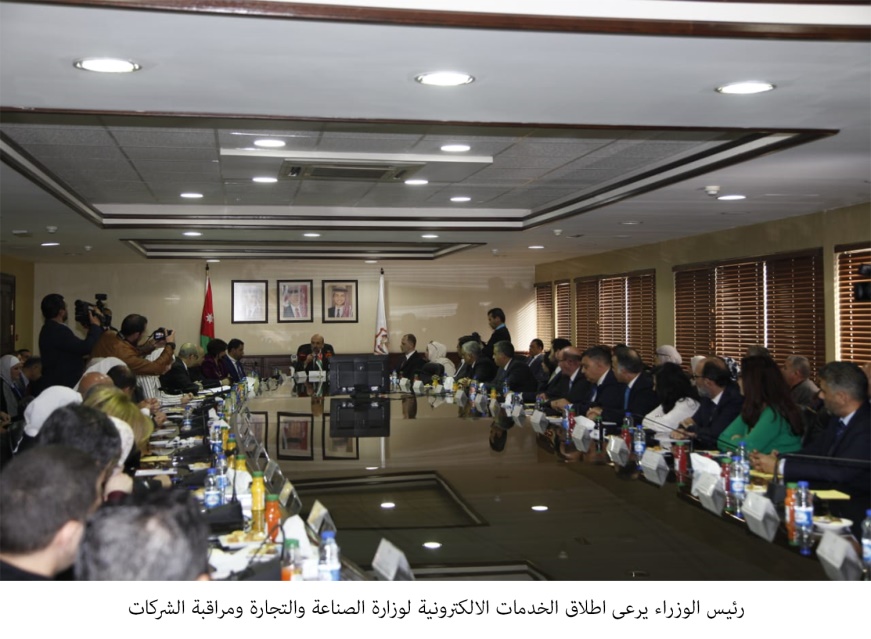 Prime Minister Omar Razzaz on Sunday launched a number of key electronic services at the Ministry of Industry, Trade and Supply and the Companies Control Department (CDD) as part of a broader government drive to digitize public services to facilitate their delivery and enhance business-doing in the Kingdom.

With today's move, 43 percent provided by the ministry and the CDD will offered through electronic means, before fully digitizing all services by the end of 2020.

The prime minister said his government is working to finalize an integrated system to support the national industry and open up further foreign markets to help increase exports and support and empower small and medium-sized companies.

Razzaz thanked the various stakeholders who contributed to the launch of the new services, including the United States Agency for International Development (USAID) for its continued support for Jordan's economy transformation projects, which will help the economy recover and generate jobs.

The project was supported by the USAID-funded Jordan Competitiveness Program (JCP).